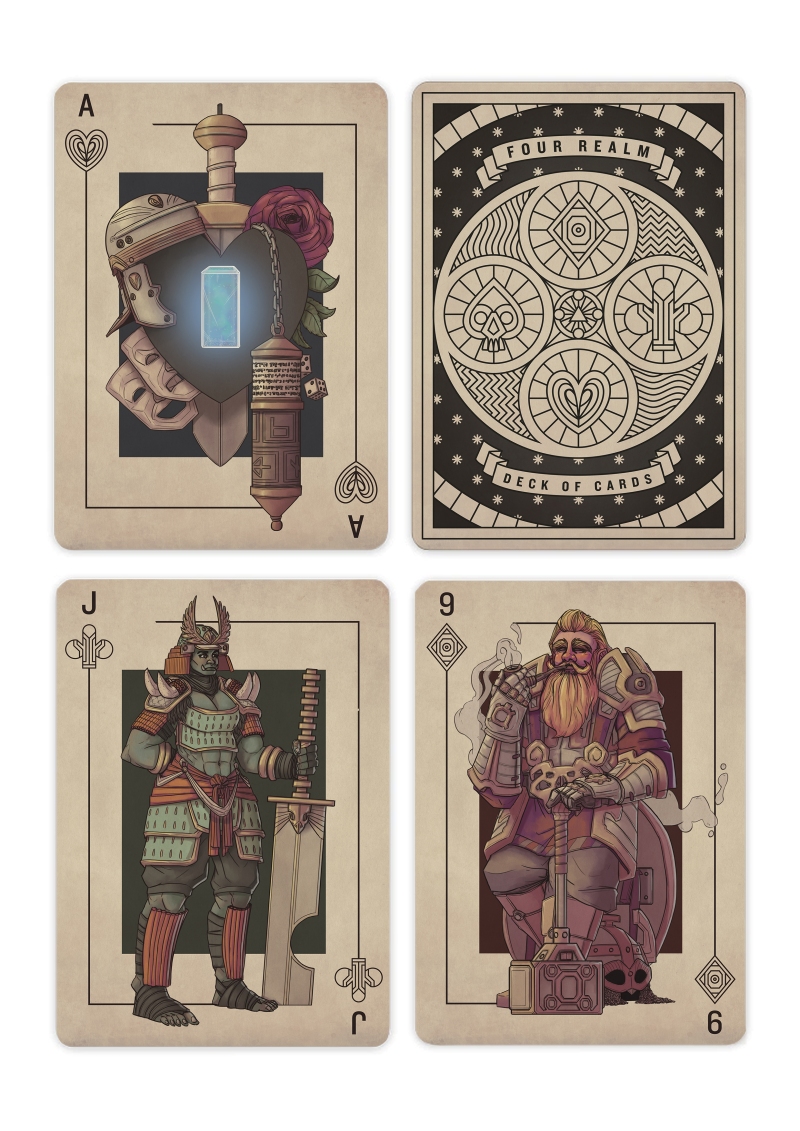 This deck of cards was designed to introduce notable characters into the campaign story and to serve as playing cards for the players in game. Making it easier for the DM to pitch a new character without too much effort, making them more memorable in the process, and keeping the players immersed in the game universe.

The deck features four distinct regions, each characterized by a logo based on the four suits. Each of the regions is also color coded, helping to refine the borders between the different regions, something that is also featured in the designs of my maps. There are 13 ranks for each suit, representing the cultural importance of the character that is featured on each separate card.