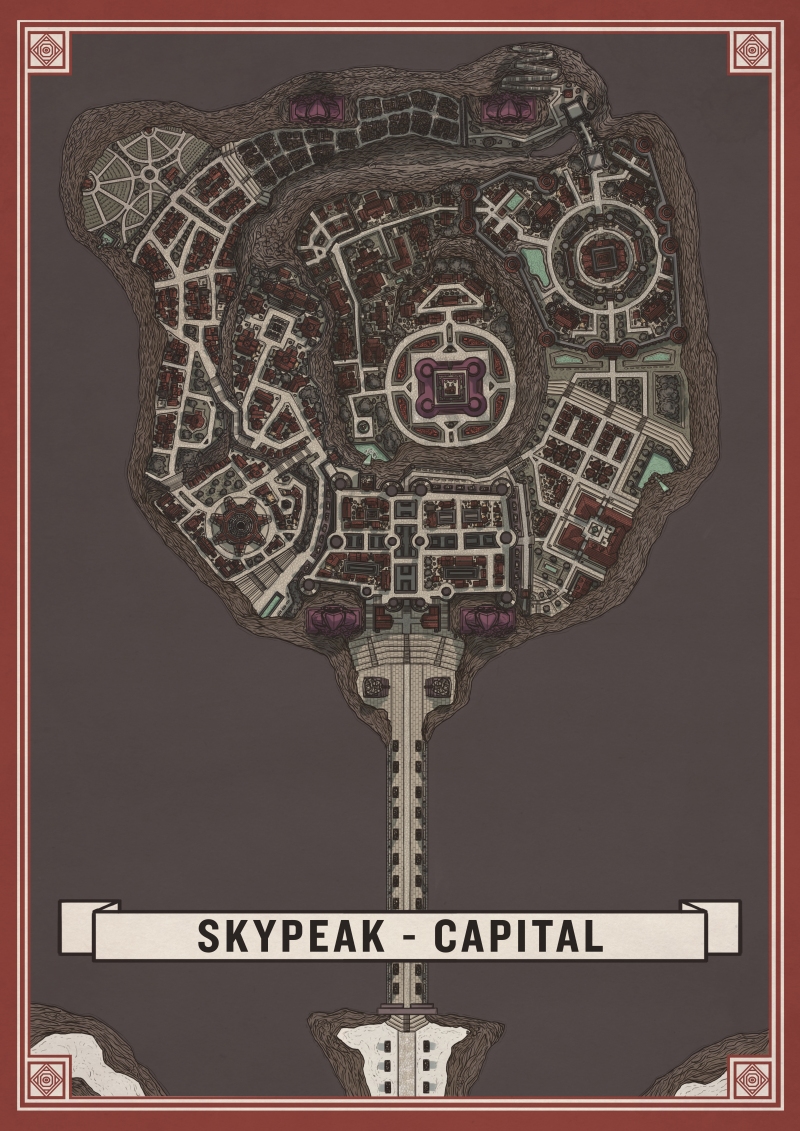 I fell in love drawing city, region and battle-maps for my Homebrew Campaigns from the first moment that I started playing D&D. Here is a throwback to about a year and a half ago when I started really putting in the effort to make more detailed maps for the new Campaign Setting I was about to introduce to my party.

The underground part of a city called Skypeak, located inside a mountain with the the same name. The city winds up and down inside a massive cavern, divided in several districts including a Market district with 3 tiers  and an entertainment district with a Colosseum like arena.

In the center of the city is a massive mechanical platform that is attached to four pillars reaching all the way to the top of the mountain. The second and more exclusive part of the city is located there. Located high above the clouds, hence the name: Skypeak.

You can find a HD version of the map inside of my FREE dropbox folder.